This year’s Holi festival organised by Shree Hindu Temple at Spinney Hill Park, Leicester was the biggest with a record crowd turning up to celebrate.
Thousands of devotees from across Leicestershire descended on the park to celebrate, festival of colours which comes at the end of the winter season and marks the beginning of spring.
It was estimated that more than 5,000 Hindu worshippers and from other faith were at the event, which is recognised by the colourful display of throwing paint and the symbolic act of lighting a bonfire. 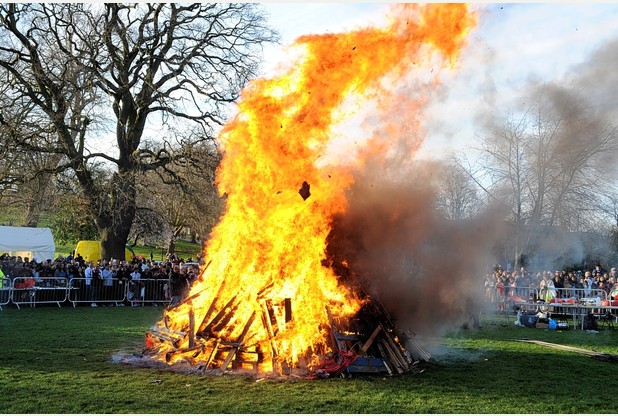 The festival symbolises a new beginning and to end conflicts and let go of emotional impurities from the past. 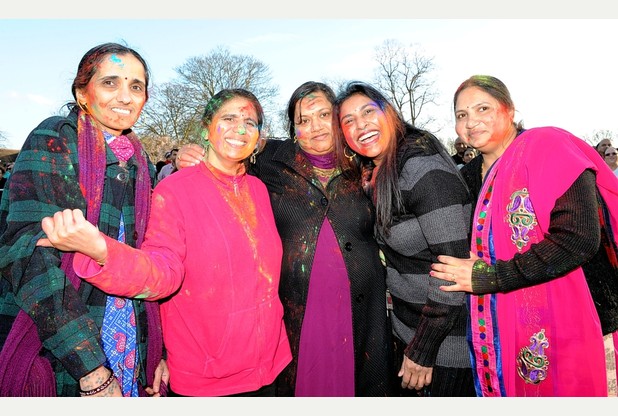 On the day of Holi, people throw coloured powder and liquids at each other. No one is spared from the festivities!

Shree Hindu Temple has been organising Holi festival at Spinney Hill Park  every year since 1985. 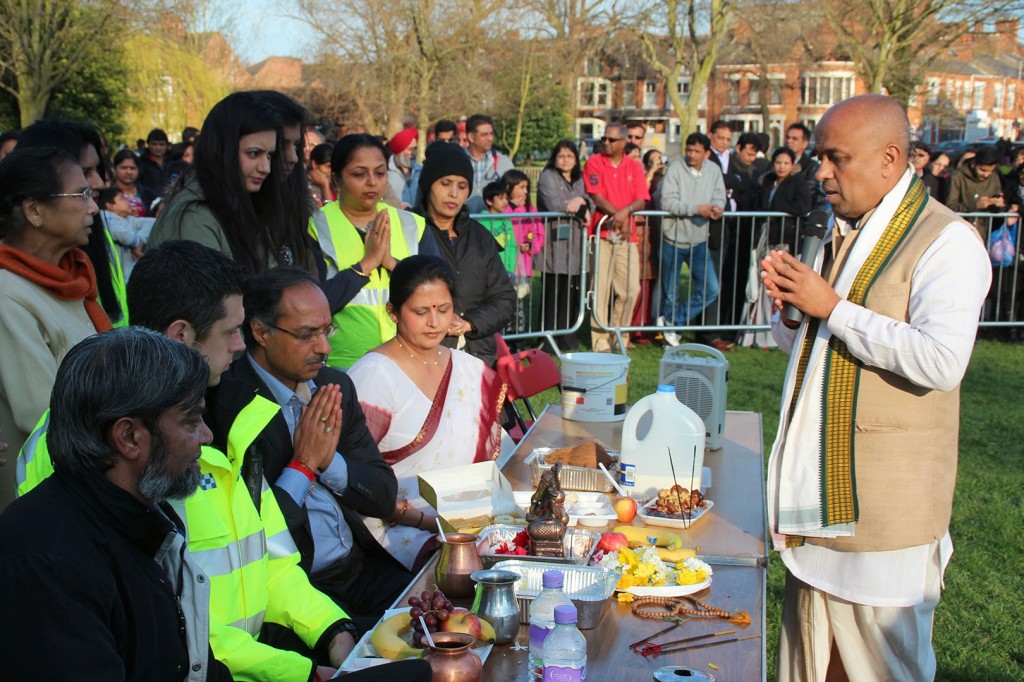 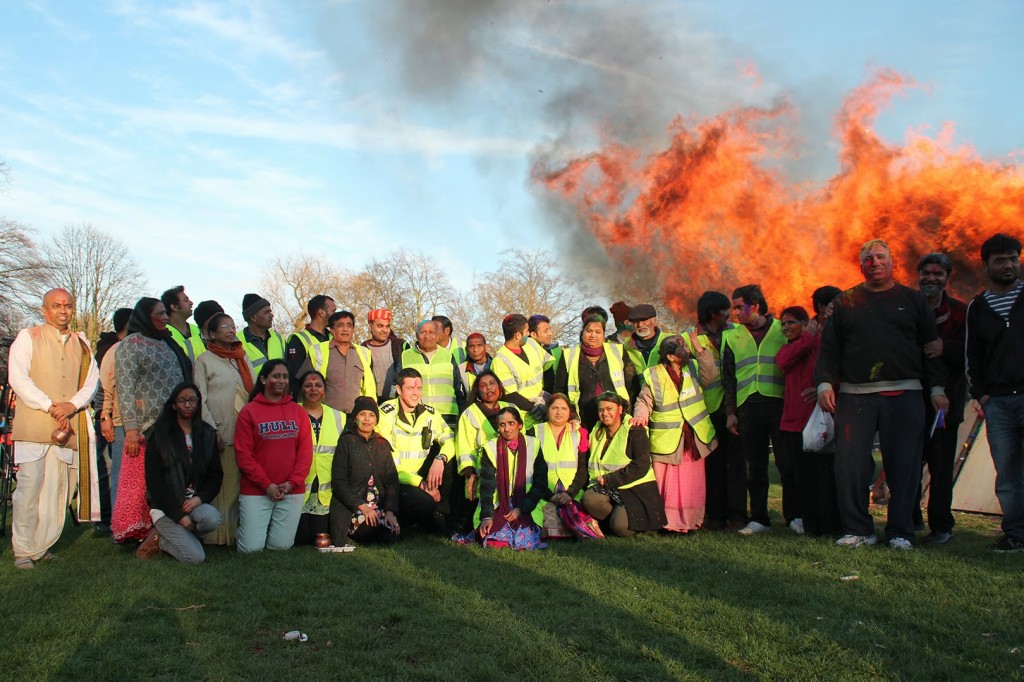 A fantastic organisation led by event co-ordinator and Temple volunteer Mr Jagdishbhai Chauhan, Temple Manager – Mr Mayurbhia Sisodia and with over 20 volunteers to help through out the day made this a Holi to remember.
Also the weather conditions were perfect, with clear blue sky and warm temperatures made the entire event run smoothly.

Origin of Holi Festival
The origins of the celebrations come from the story of Holika, the evil sister of demon Hiranyakashipu. Hiranyakashipu tried to make everyone worship him, but his son Prahlada, refused, and swore his devotion to Lord Vishnu. Holika then tried to trick Prahlada into sitting on a pyre with her, because she had a fireproof boon, but the god of fire (Agni Dev) protected Prahlada,  while Holika was killed. As such, this symbolises the victory of good over evil. This was 4th avatar of Lord Vishnu of the 10 primary avatars, Narasimha is visualised as half-man/half-lion, having a human-like torso and lower body, with a lion-like face and claws. 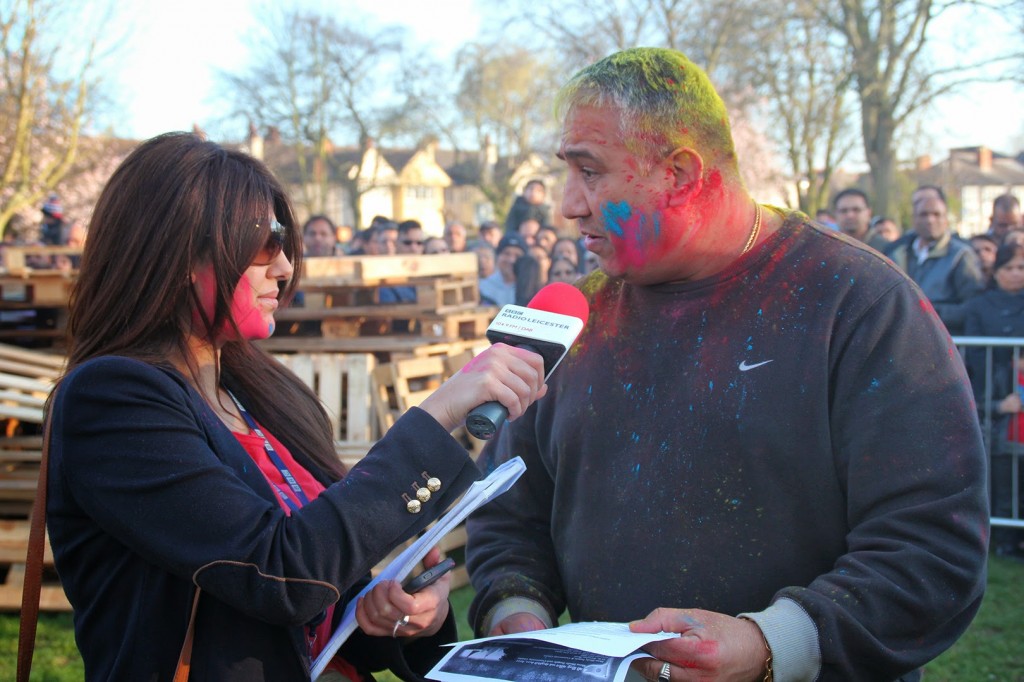