This donation was presented by Mr Mayurbhai Sisodia, Mr Khemrajbhai Gohel and Mr Jagdishbhai Chauhan towards the Uttrakhand flood relief fund. By preseenting the cheque to yoga guru Swami Randevji’s special fund for the natural disaster that occurred earlier this year in northern state of India, Shree Hindu Temple has fulfilled their pledge/promise of raising at least 2 lakh rupees.

Shree Hindu Temple and Community Centre is the only temple (mandir) organisation in the UK to give such a fund to Uttrakhand flood relief, this is a great achievement for our small temple and it has been recognised by many local and national newspapers, such as Akila news – http://www.akilanews.com/03102013/main-news/2659291380798483-26592

On behalf of entire committee members, trustee boards and volunteers, we sincerely thank all those who helped in raising this fund. 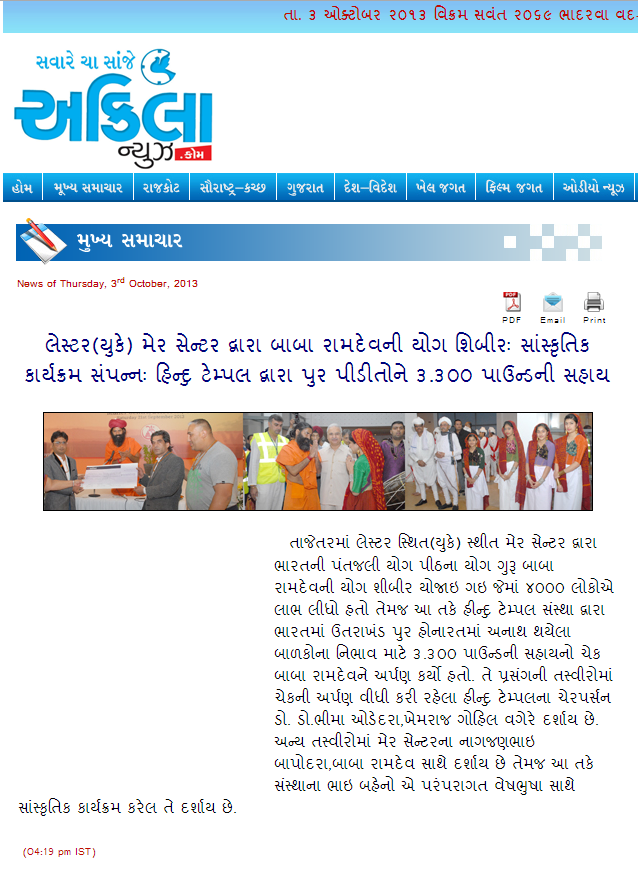